The Dar Al Ber Society has provided generous support for the benefit of medical scientific research to address the emerging Coronavirus (Covid 19), which is adopted by the Al Jalila Foundation within the framework of its initiative ” Bassmat Rashid bin Saeed”, may Allah have mercy on him, to form the first charitable association to support the foundation and write its name on the ‘donor wall.’

The amount was handed over by Muhammad Suhail Al Muhairi, Executive Director of Dar Al Ber Society, to Dr. Abdul Karim Sultan Al Olama, CEO of Al Jalila Foundation, at the Foundation’s headquarters in Dubai Healthcare City, in the presence of a group of officials and stakeholders from both parties.

Mohammed Al Muhairi affirmed that ’Dar Al Ber’ pays special attention and great keenness to support the scientific research and health medical sector in general in the UAE, and support the country’s efforts specifically in confronting the spread of the virus and the ongoing global pandemic, implementing and embodying its values ​​derived from our

religion, state policy, vision and directives of our wise leadership.

He added that the value of scientific research and its importance in the medical field was evident during the ongoing global pandemic, through its role in protecting the health of society and the safety of its members from viruses and epidemics and enhancing its security and well-being.

Al-Muhairi stressed that ‘Dar Al-Ber’, with its community contribution in support of scientific research, is proud to register its name on the ‘electronic donor wall’ at Al Jalila headquarters in Dubai, which is like a ‘wall of honor’ or a distinction board that records and documents the names of the contributors to the initiative.

As well as providing support for scientific research in general, and medical research in particular, in a field that currently occupies the world, which is responding to the epidemic and conquering the virus, and it increases it with honor and pride that the name of His Highness Sheikh Mohammed bin Rashid Al Maktoum, Vice President of the State, Prime Minister and Ruler of Dubai, may Allah preserve him.

Al Muhairi noted the society’s keenness and its philosophy based on strengthening its community and national partnerships in the service of the nation and humanity, helping the needy and the afflicted, alleviating their suffering financially, supporting development and sustainability and spreading happiness and positive values ​​between the people of the Emirates and the world.

Over the past years, in light of the vital and active role of the Foundation in supporting and financing medical research in the various universities of the Emirates, with its focus on supporting the diseases that the UAE society suffers from, such as diabetes, heart, cancer, and diseases that are widespread in the country.

On the one hand, Dr. Abdul Karim Sultan Al Olama, CEO of Al Jalila Foundation, said: “As the UAE looks to the next 50 years, the important steps we are taking as a nation in medical innovation, scientific and research advancement are an inspiration to us all.

We must express our gratitude and thanks to the Dar Al Ber Society for the generous donation they made to us, because they believe, like us, that investing in medical research is crucial to increasing the life expectancy and sustainability of future generations.

The world has undergone great changes, and we are not isolated from it as we are going through this critical stage, but we rely on science and charitable work together to save lives. We are proud to see the name ‘Dar Al Ber Society’ on the donors’ plate in the initiative of Bassmat Rashid bin Saeed. 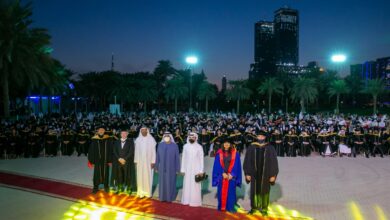 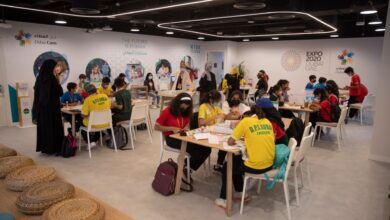