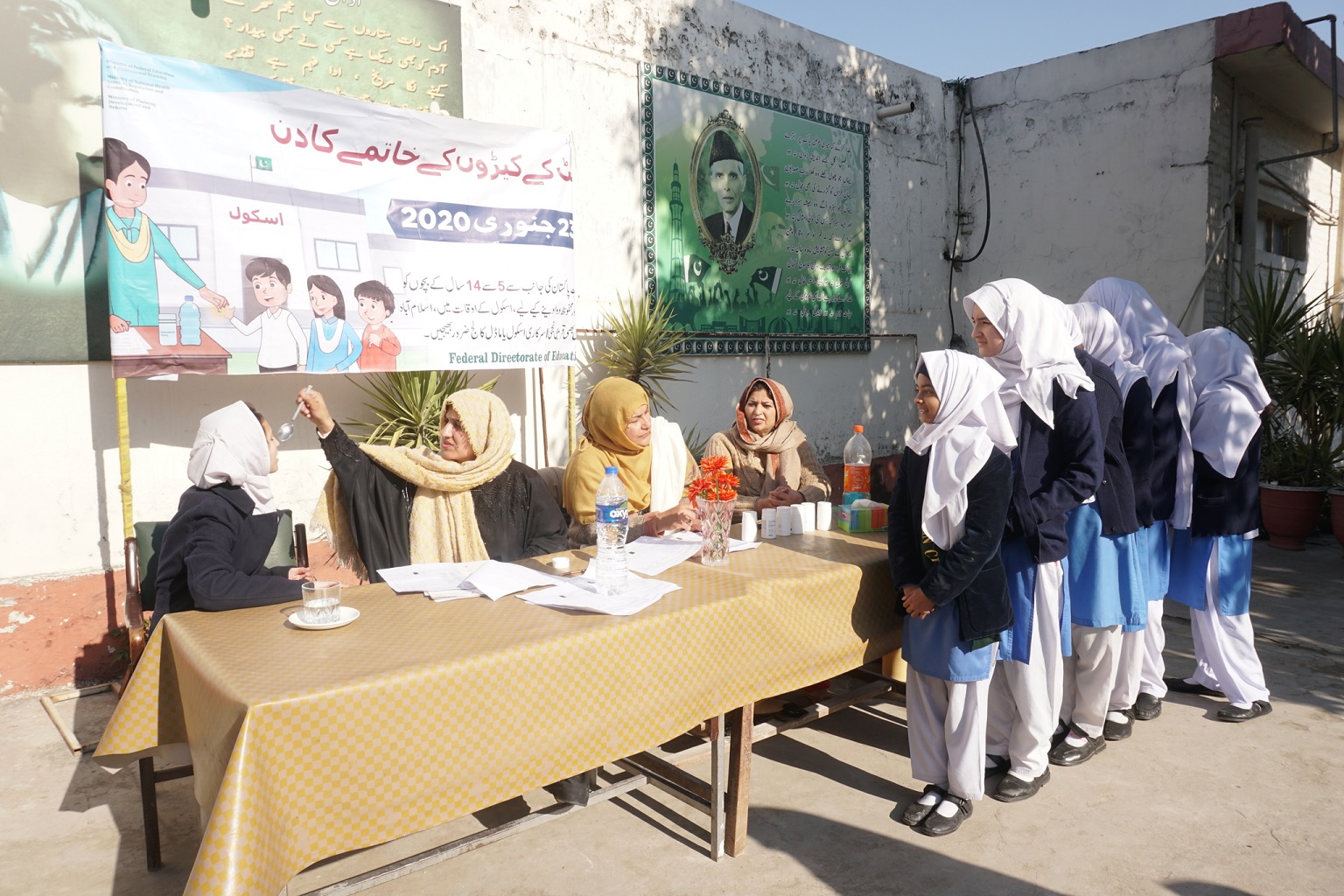 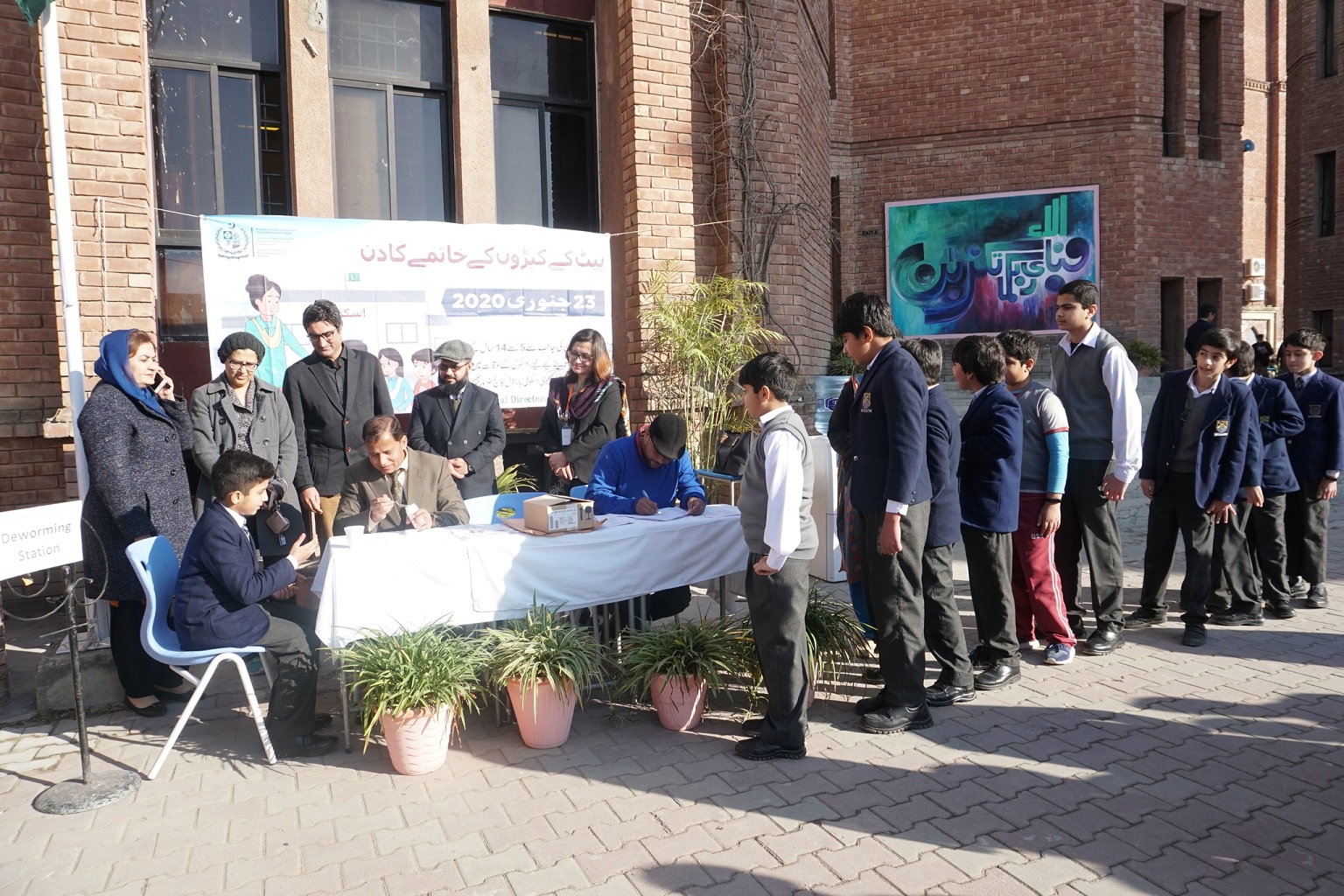 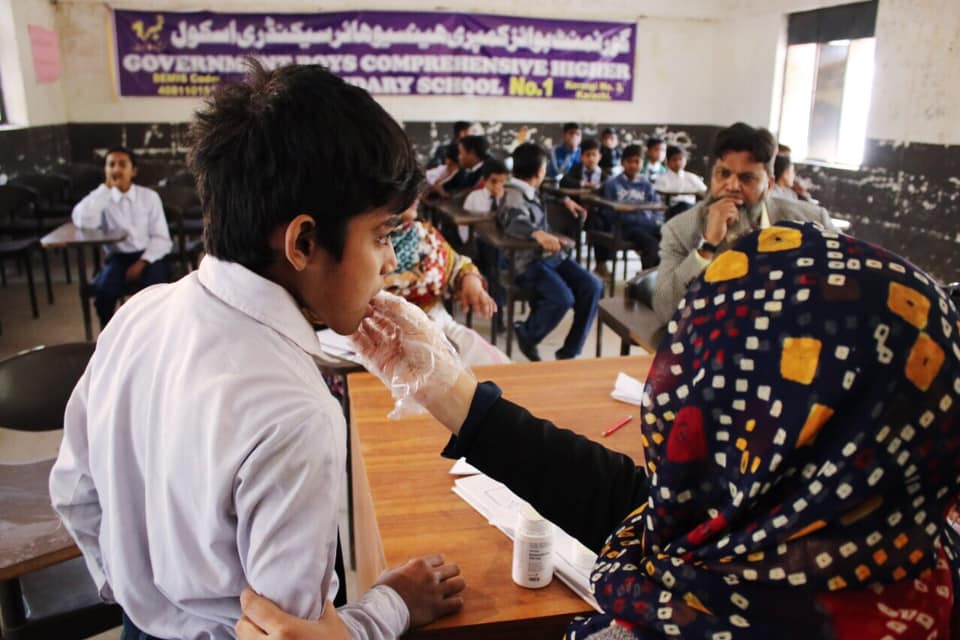 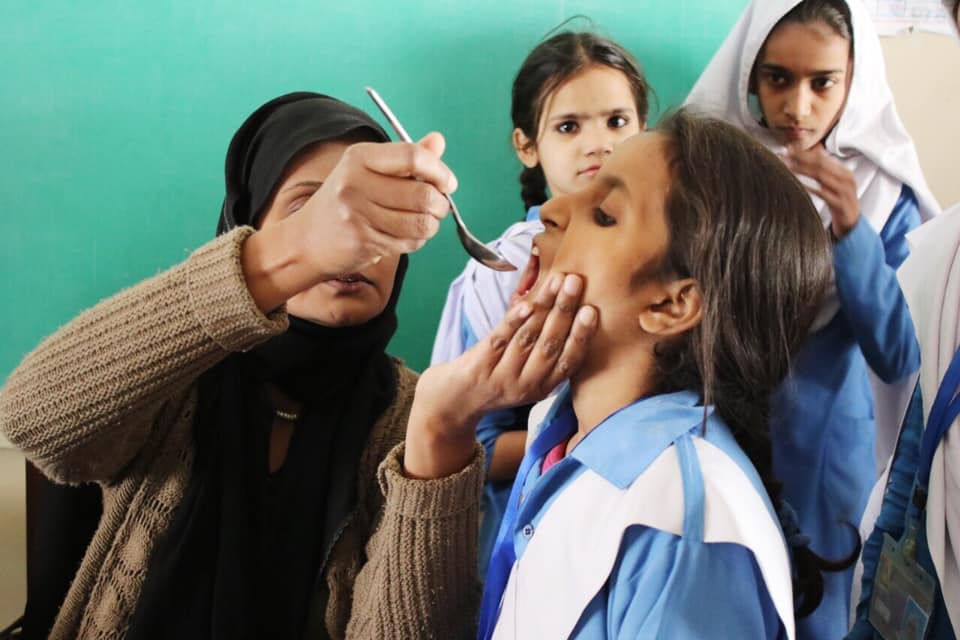 On the occasion of the first World Neglected Tropical Diseases (NTD) Day, Dubai Cares has partnered with Evidence Action to support the Government of Pakistan’s efforts in combating intestinal worms among school-aged children. Under this partnership, Dubai Cares, part of Mohammed bin Rashid Al Maktoum Global Initiatives, has launched a three-year deworming program for school-aged children in Pakistan, to improve their health and consequently enhance learning outcomes. The AED 11,020,500 (USD 3,000,000) program is set to benefit 16.8 million children, aged 5 to 14 across Khyber Pakhtunkhwa, Islamabad Capital Territory, Sindh, Punjab and Gilgit-Baltistan.

The program titled “School-Based Deworming in Pakistan” is part of Evidence Action’s global effort to combat intestinal worms with evidence-based, cost-effective models. The school-based deworming program is implemented by the Government of Pakistan, in partnership with Evidence Action, across 44 districts where the worm prevalence requires annual mass deworming, with technical assistance provided by Interactive Research & Development (IRD), Indus Health Network and Evidence Action to ensure high-quality program delivery and monitoring. The program involves training to equip government staff, health workers and teachers with the skills and framework required to carry out deworming treatments targeting all school-aged children within identified at-risk districts.

With this new program in Pakistan, Dubai Cares has fulfilled its commitment to combatting intestinal worms, as part of the 2012 London Declaration on Neglected Tropical Diseases. Dubai Cares joined the London Declaration in Paris in 2014, which was a global alliance led by the Bill & Melinda Gates Foundation, with 13 leading pharmaceutical companies, global health organizations, private foundations and donors, and governments pledging support to reduce the global burden of NTDs.

Highlighting the significance of the program in tackling NTDs, Dr. Tariq Al Gurg, Chief Executive Officer at Dubai Cares and Member of its Board of Directors said: “While we are proud to have fulfilled our commitment towards the London Declaration on Neglected Tropical Diseases, we will continue to support the global efforts to eradicate NTDs beyond the scope of this pledge. Our new program in Pakistan is a true reflection of our continuous efforts to tackle neglected intestinal worms within schools globally. Through this program, which is fully aligned with the Government of Pakistan efforts, we seek to address the risk of infection by bringing essential deworming treatments directly into schools, where we can have the largest positive impact.”

Grace Hollister, Evidence Action’s Global Deworming Lead, spoke about the value of deworming programs: “Like Dubai Cares, we view deworming as a critical global development intervention because its multiple benefits crucial for children’s well-being are incredibly low cost. Leveraging the existing education and health infrastructure provides an effective means for the government to treat at-risk children, and, most importantly, results in measurable improvements to health and education for Pakistan’s young generation.”

This school-based deworming program is the latest of the Government of Pakistan’s significant efforts to address the various challenges facing the education sector. A national prevalence survey conducted to assess the status of intestinal worm infection in school-aged children across Pakistan found that approximately 17 million school-aged children across the country are in need of regular deworming. Government spending on healthcare currently amounts to approximately 2.6 per cent of Pakistan’s total GDP, limiting the reach and effectiveness of health-related interventions in the country. Currently, Pakistan has the world’s second-highest number of out-of-school children with an estimated 22.8 million children aged 5-16 not attending school, representing 44 per cent of the total population in this age group. 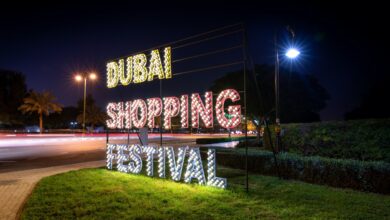