Eight more contestants out of over 100 participants sat the final tests of the 22nd edition of the international competition, 1439H/2018, organised by the Dubai International Holy Quran Award (DIHQA), on Monday night.

The Dubai Chamber, where the competition is being run, was thronged with large audience, led by H.E. Ibrahim Mohamed Bu Melha, Adviser to the Ruler of Dubai for Cultural and Humanitarian Affairs and Head of DIHQA Organising Committee, as well as Deputy Chairman and members of the organising committee.

Also present were the sponsors of the sixth day including the Department of Economic Development in Dubai, Al Rostamani Group, Hanbal Shafi Al Madani Group, a number of officials, and followers of the global competition.

The Department of Economic Development in Dubai, sponsoring part of the competition activities, Ali Ibrahim, Deputy Director General of the department, presented a cheque of the sponsorship to H.E. Ibrahim Mohamed Bu Melha, Adviser to the Ruler of Dubai for Cultural and Humanitarian Affairs and Head of DIHQA Organising Committee.

Hanbal Shafi Al Madani, Chairman of the Group, said they are so keen to co-sponsor the award activities and contests organised by the Award since its inception and until the 22nd edition, ‘Edition of Zayed’.

“The global competition attracts elite Quran memorisers from around the world, eminent scholars, and competent arbitrators fully aware of its schools of recitation and rulings.”

It has been so important to sponsor these inspiring activities every year in Ramadan, he underlined. “The Award achievements and services to the Quran and its memorisers speak volume locally and globally.”

This is mainly due to the God’s help, and the generous support of His Highness Sheikh Mohammed bin Rashid Al Maktoum, Vice-President and Prime Minister of the UAE and Ruler of Dubai, members of the organising committee, and all concerned.

17-year-old Muhammedh Muhammedh Haneefa of Sri Lanka started memorising the Quran at the age of 10 and finished at only nine months.

The brilliant memoriser can recite the Quran as per any of the 10 schools of recitation, mainly Hafs by Asim rewaya. “I used to memorise seven to eight pages a day with the help and support of my parents.”

Two of Haneefa’s eight siblings have memorised the Quran in full. “I have participated in four local competitions, and ranked first in the last of them that I have been nominated for this global competition in Dubai.”

“I am so excited to compete in the biggest Quran competition in the world in terms of its development and prizes, leave alone its perfect organisation, exceptional services, and warm reception at the airport,” he said, thanking the organising committee for their efforts.

15-year-old Khalid Abdinasir Moalin Ahmed, UK, started memorising the Quran at the age of five and finished at 12 with the help and support of his parents who are full Quran memorises.

He is currently studying at the Azhari Qiraat institute in Cairo, and participated in five Quran competitions in UK and four in Egypt. “My five brothers and sisters are memorising the Quran.”

He then paid tributes to the organising committee and their services to the holy Quran. “I wish to be a Quran teacher in the future.”

14-year-old Zoubeir Ghaouzy, Morocco, started memorising the Quran at the age of three and finished at nine with the help and support of his parents who are full Quran memorises.

Ghaouzy’s three brothers are memorising the Quran. “I have participated in a local competition in Morocco in which I ranked first, and have been nominated for this award which is my first international competition.”

The Dubai International Holy Quran Award is the biggest competition in terms of contestants, organisation and prizes, he added. “I am so grateful to the organising committee for their tireless effort and great services to the holy Quran.”

22-year-old Muhammad Amir Ikmal Bin Khairul Anuar, Malaysia, started memorising the Quran at the age of 13 and finished at nine at the Muhammadi Quran Institute back home in Malaysia.

“I have participated in three local competitions and three international ones in Jordan, Iran and Egypt.”

Anuar, who is teaching the Quran in Selangor, wished to be a Quran scholar. He then paid tributes to the organising committee and their services to the holy Quran.

18-year-old Muniro Saide, Mozambique, started memorising the Quran at the age of 12 and finished at 15 with the help of his father who is a Quran memoriser and teacher.

“He helped me so much since my early childhood, and did the same with my younger brother.”

Saide, a high school student, wishes to be a scholar of Sharia and Quran as urged by Prophet Muhammad (peace be upon him): ‘The best of you is the one who learns the Quran and teaches it to others.’

He then thanked the organising committee for the sincere services to the Quran and contestants all days of the competition.

H.E. Ibrahim Mohamed Bu Melha, Adviser to the Ruler of Dubai for Cultural and Humanitarian Affairs and Head of DIHQA Organising Committee, later honoured the sponsors of the sixth day of the award, exchanged trophies, and presented cash and in-kind gifts to the audience present as per a raffle draw. 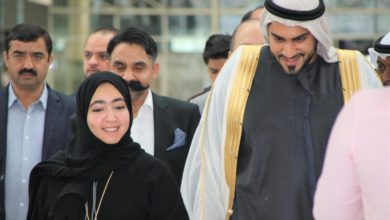 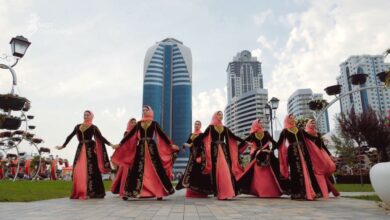 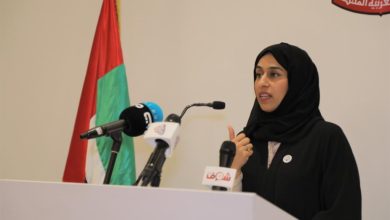 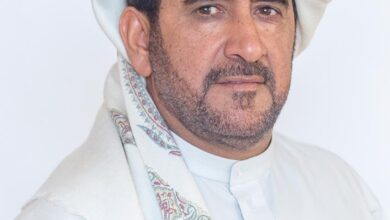