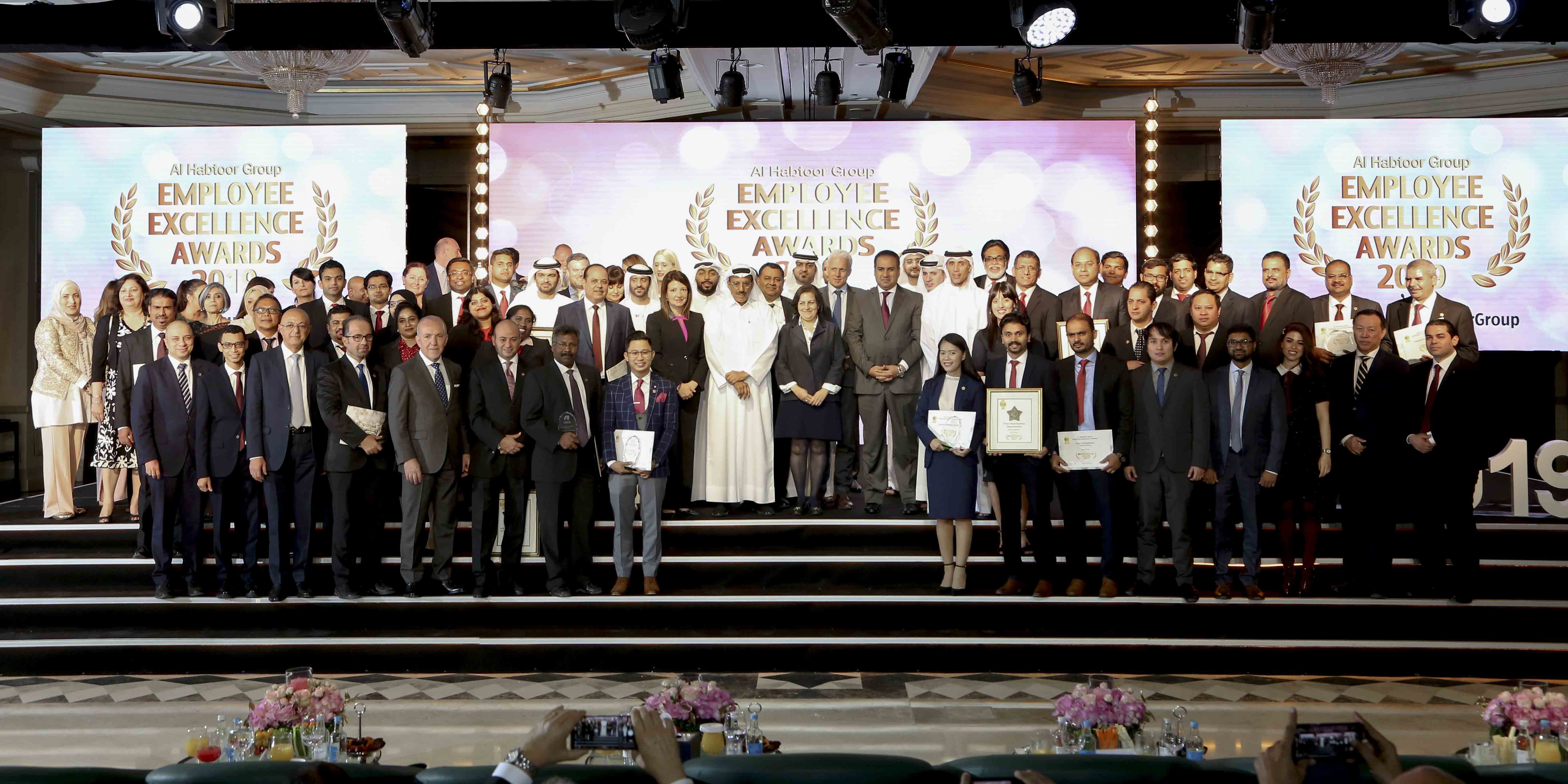 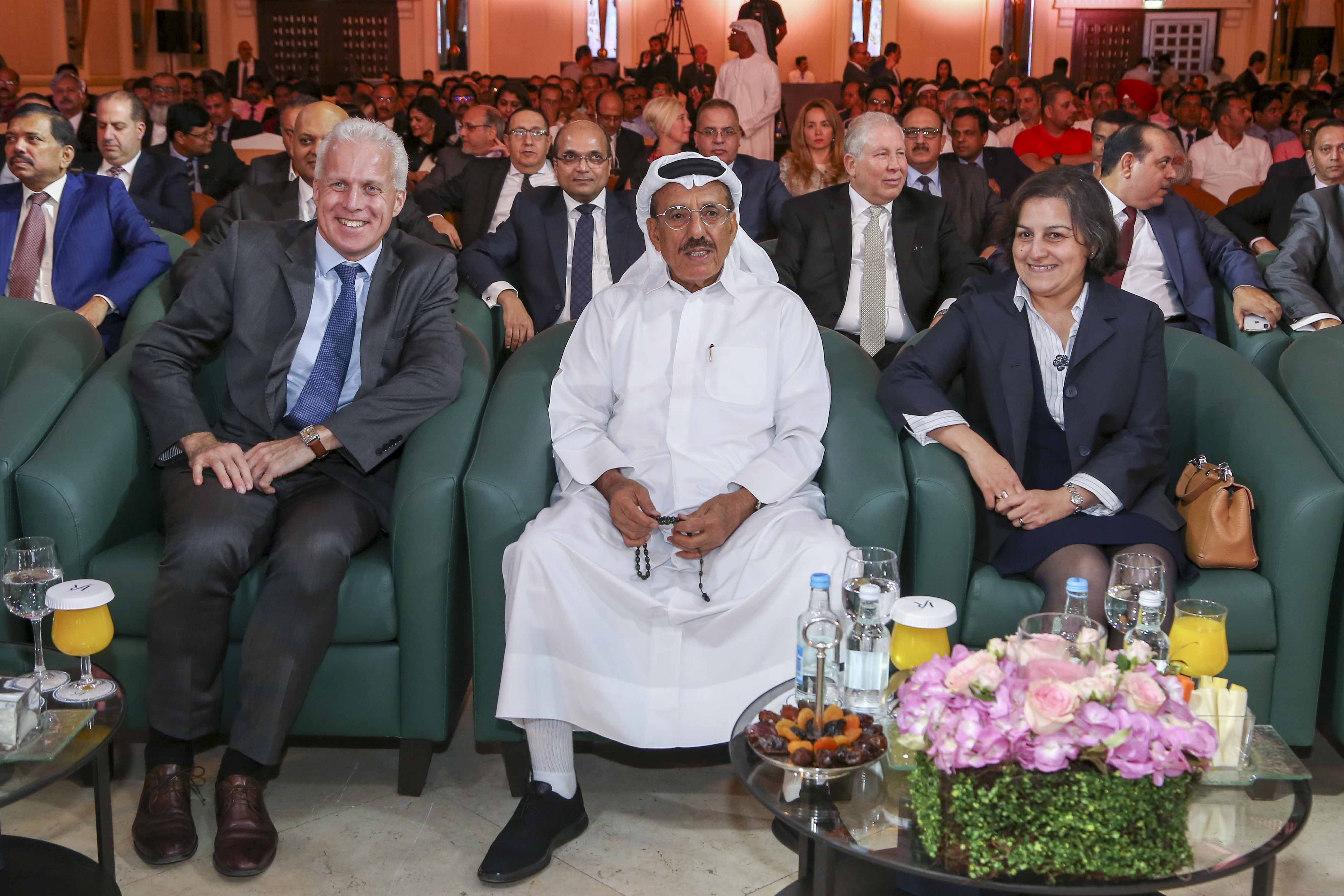 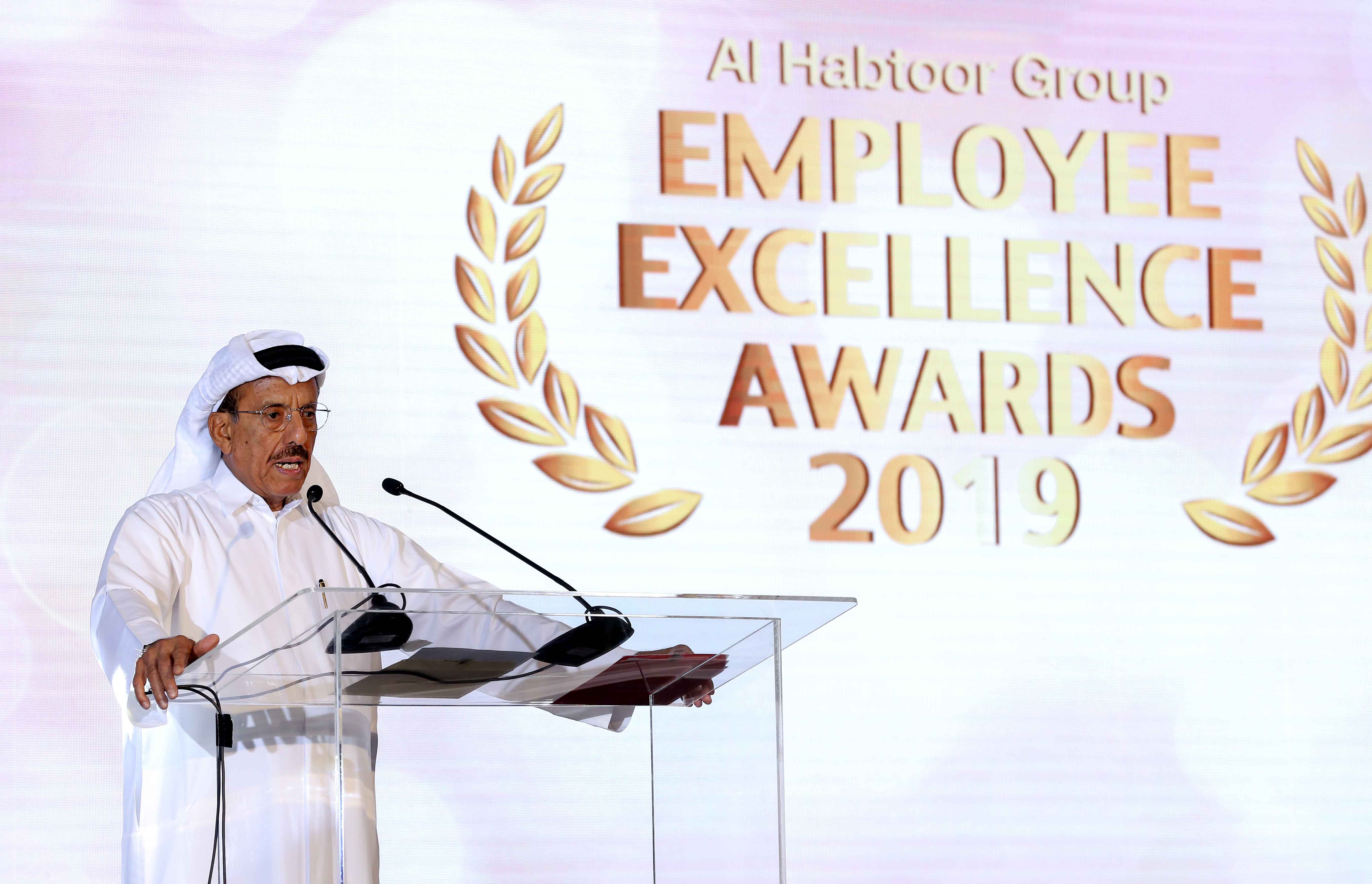 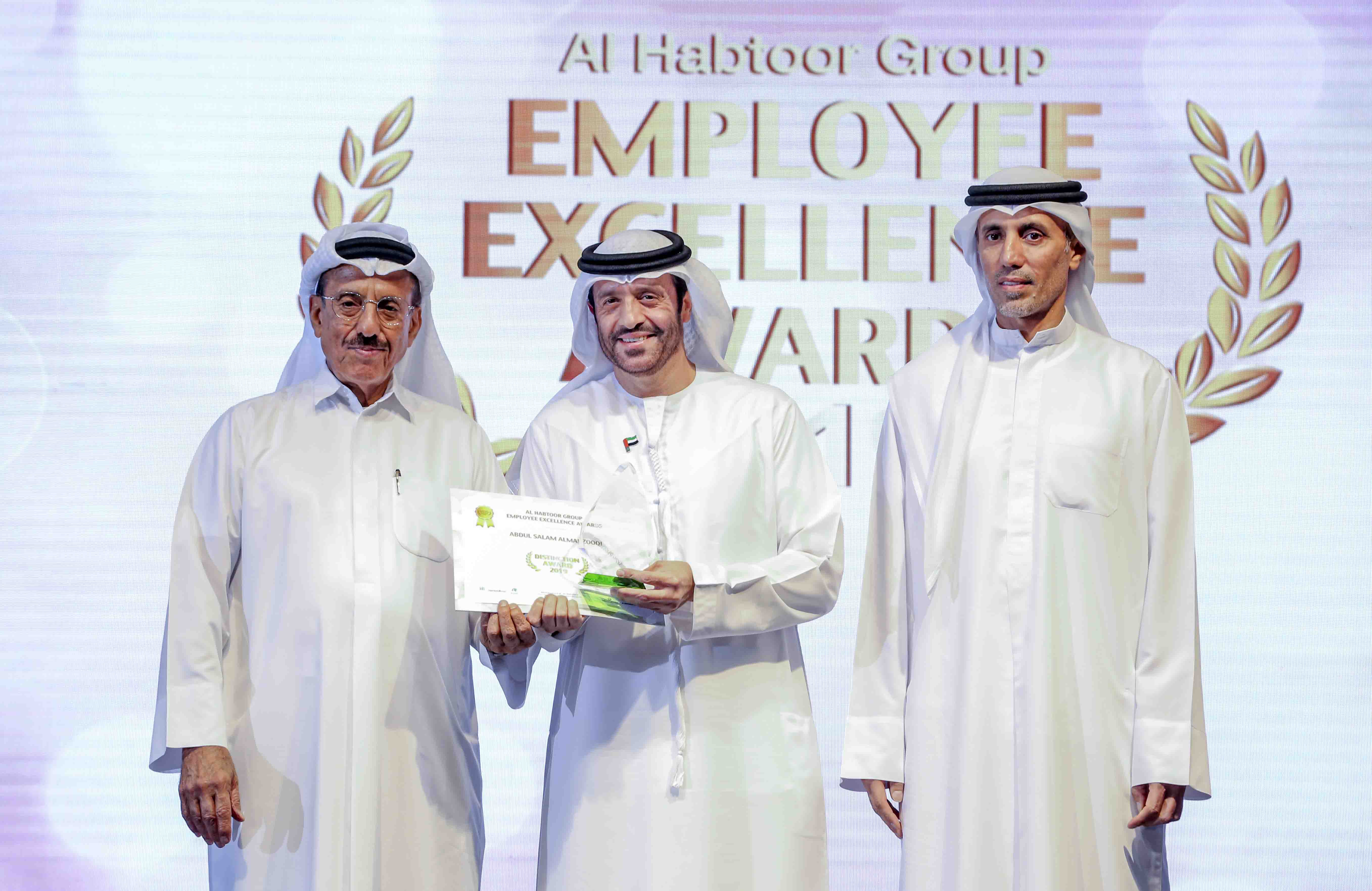 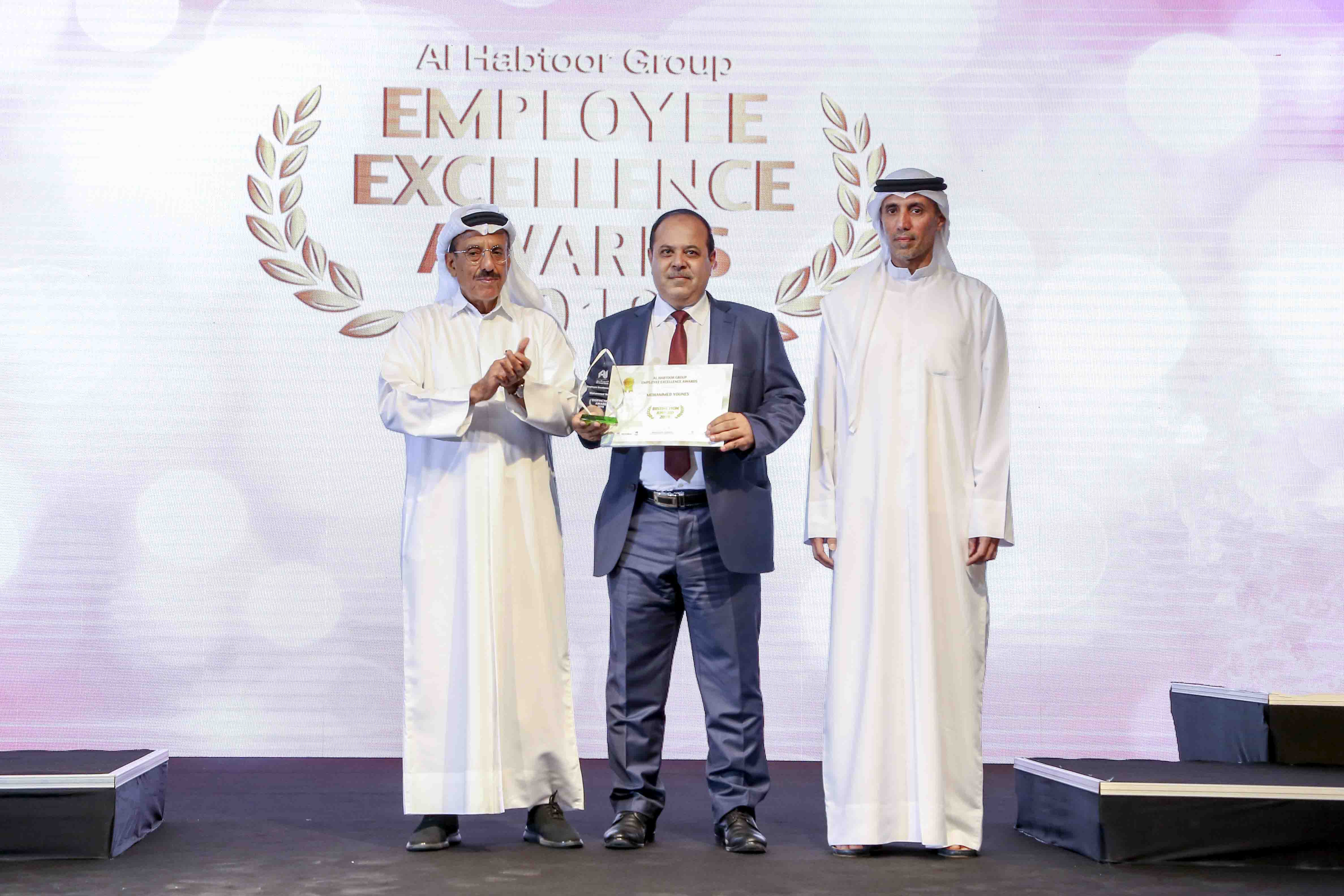 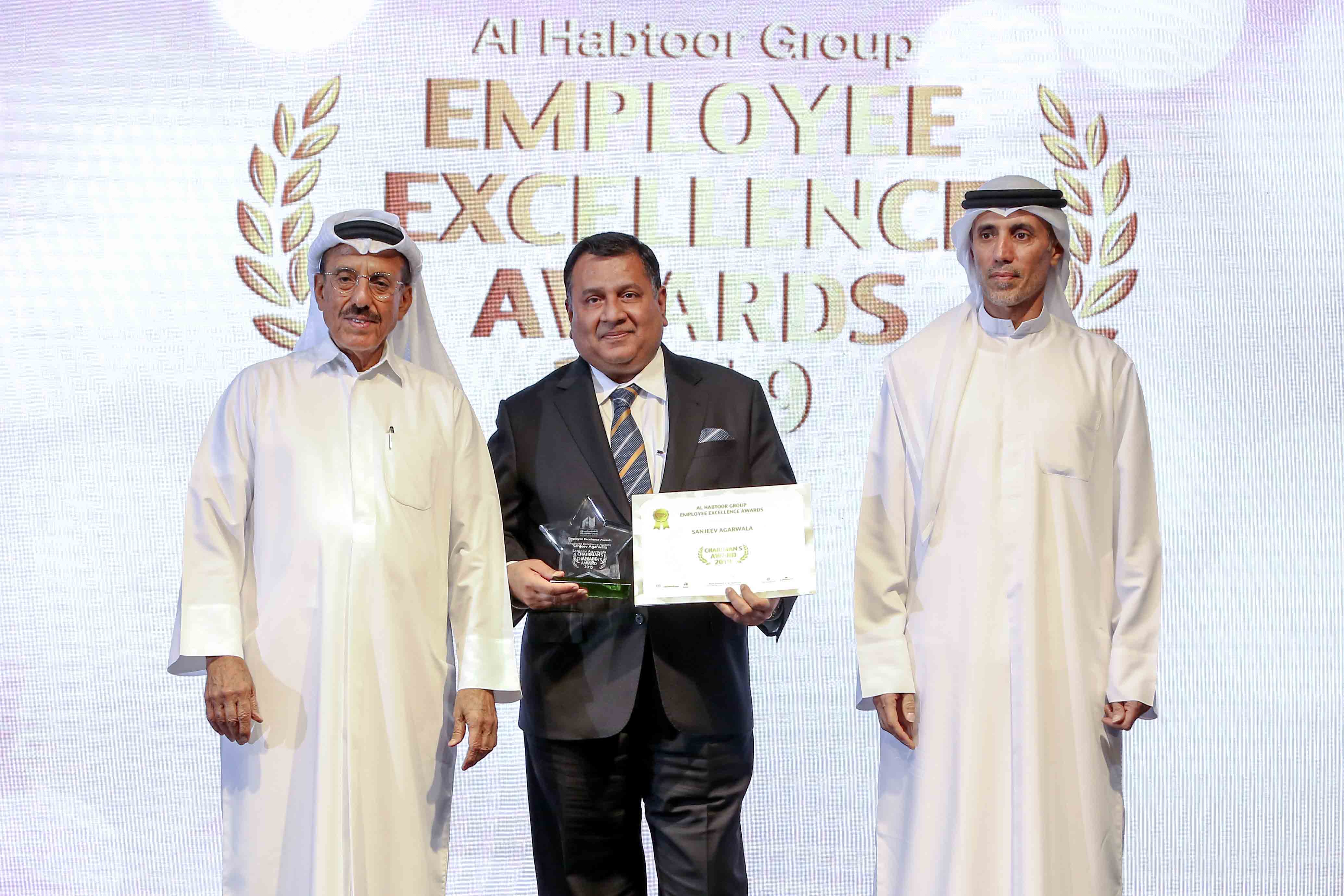 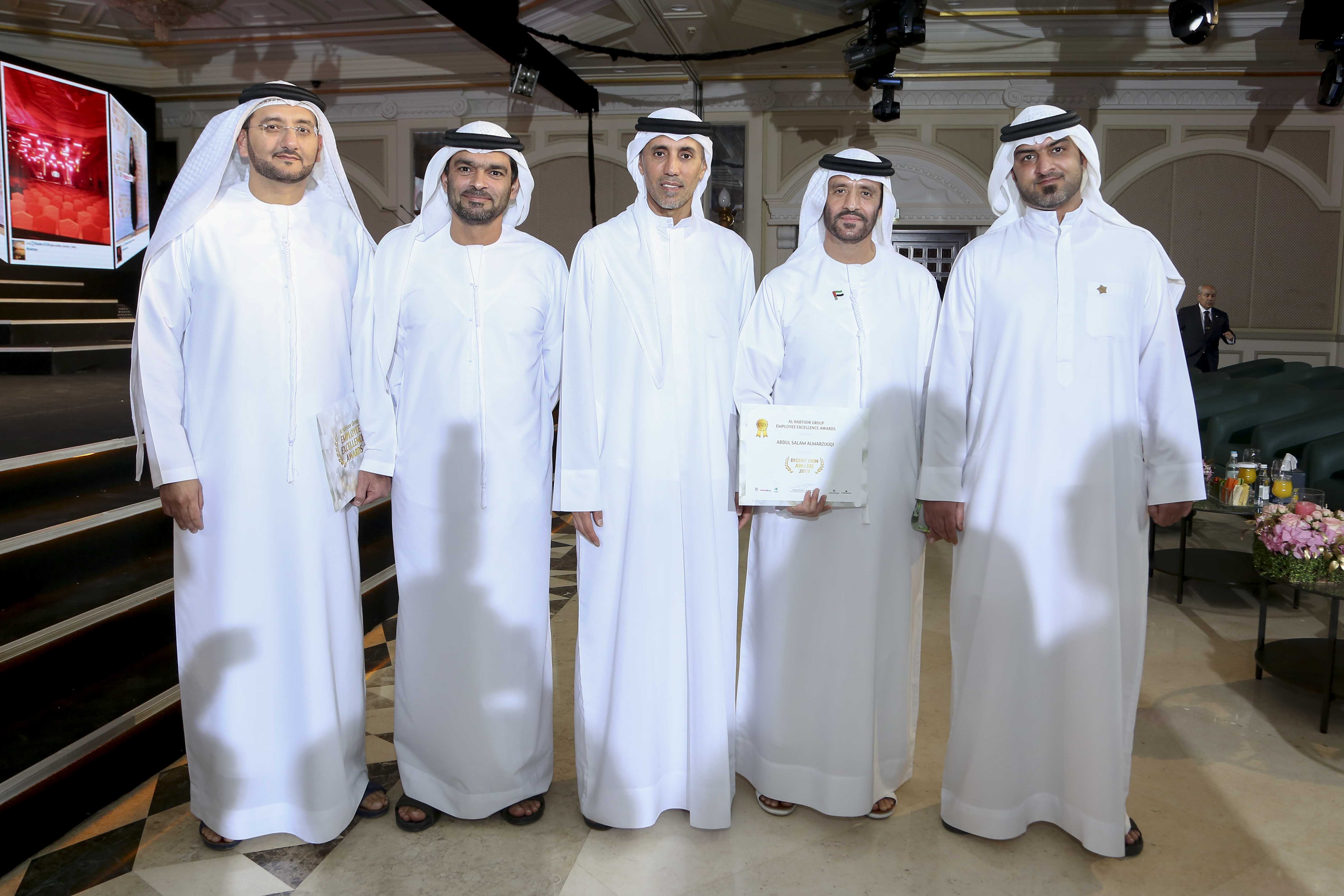 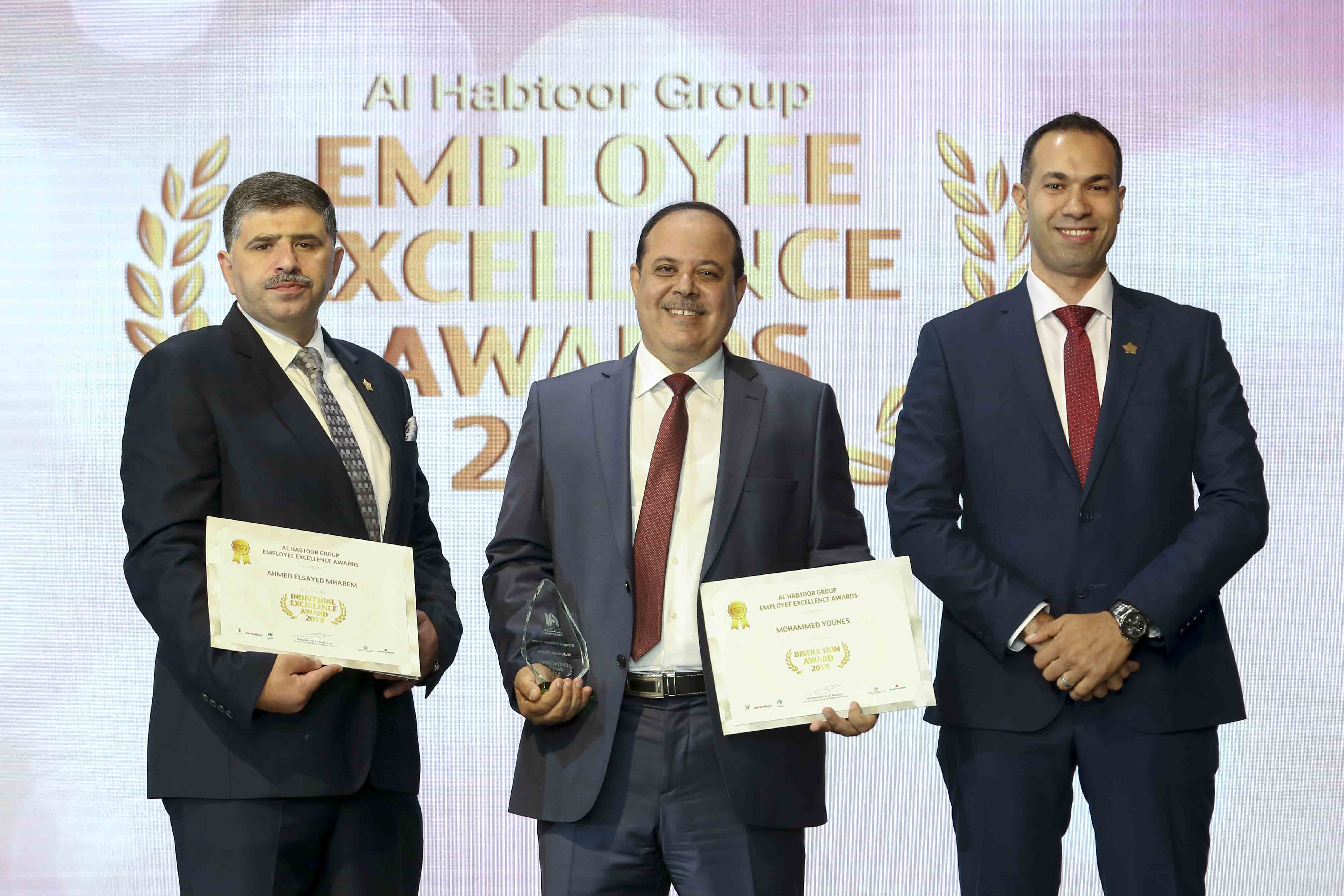 Established in 2007 by Khalaf Ahmad Al Habtoor, the annual Employee Excellence Awards ceremony brings together all of the Group’s business units to recognize top talent including Habtoor Hospitality, Al Habtoor Motors, Diamondlease, Emirates International Schools (Jumeirah & Meadows), Al Habtoor Real Estate, the Group’s head office and La Perle by Dragone, the region’s first permanent aqua show performed at the Al Habtoor Theatre. The winners, nominated by their managers, were selected from over 100 nominees across the Al Habtoor Group’s units. The submissions underwent a rigorous process, which, once selected were reviewed by working committees established across the Group.

There were seven categories in this year’s event: Individual Excellence Award, Milestone Award, Departmental Award, Centre of Excellence Award, Distinction Award, CSR Award, and Chairman’s Award. In addition, a new award was launched, the Social Ambassador Award, recognizing those who best communicate about the Group and its brands with high volume interactions, reach and use of hashtags.

The Chairman presented a total of 31 awards to recognize the high performers and teams across all the Group’s units. Each of the winners received an engraved trophy, a certificate and a monetary prize.

Al Habtoor said, “This is a family gathering rather than anything else. The people sitting here have participated and worked very hard to achieve what we are achieving now. If you want to succeed ahead you have to think and to work hard.”

He added, “The Al Habtoor Group is about integration. I am pleased to have three Emirati individuals awarded today and one Emirati leading the Al Habtoor Real Estate business unit.”

Chairman Al Habtoor said, “We should not accept failure or to be second in command. We should always be ahead. We should be in command of business, in command of great relations with people worldwide and domestic. We have to appear in front of the world that this country, the United Arab Emirates and the people who are living here from every nationality and every religion are brother and sister. This is the great achievement of this country and our leaders.”

He added, “The most important for everyone, I call you partners rather than employees, we have to be ambassadors for our Group, our companies, our units and our country.”

The special occasion to honour the Group’s incredible employees was streamed live around the world. The event also broadcast a surprise video featuring the Group’s senior management team recollecting their early years with the Group and giving thanks to Chairman Al Habtoor.

The Milestone Awards, which recognizes staff who have been with the Group for at least half of the number of years of the respective unit, went to Pradeep Kumar Paluthodi, Finance Manager at Diamondlease and Andre Joaquim Socorro Afonso, OSC/Contact Catering Manager from Metropolitan Catering Services, Habtoor Hospitality.

The Departmental Award winners were the HS & PS Inclusion Team from Emirates International School – Meadows who have moved their KHDA rating from good to very good by displaying a strong ethos of inclusivity for all students with special needs and disabilities; the Fleet Distribution Department from Diamondlease for achieving a growth of 131% in Net Profit and a growth of 174% in Used Car Profit in 2018; and the Health and Food Safety Department at Habtoor Hospitality for the initiatives taken to develop and implement resilient Food Safety systems.

Mohammed Al Mazrooei, Executive Director, Al Habtoor Group said, “I have learned a lot by working with our Chairman Khalaf Al Habtoor. He is visionary leader and a great role model. He Is disciplined, committed and positive.”

Noura Badawi, Chief Communications Officer, Al Habtoor Group was joined on stage by Year 12 and Year 13 students from Emirates International School Jumeirah and Meadows, who volunteered to co-present during the live ceremony. The evening programme also included a musical medley performed by the Begimay Abdysamatova, a box office agent at La Perle by Dragone and Anvar Ushurov, an usher at La Perle by Dragone 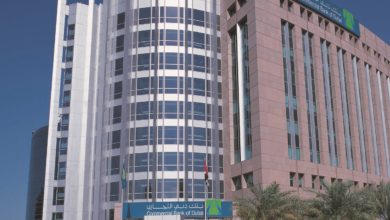 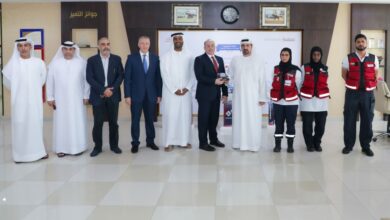 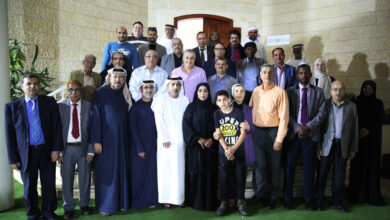 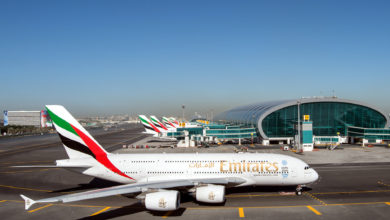