The Sharjah Book Authority’s (SBA) pavilion at the 34th edition of Guadalajara International Book Fair (FIL 2021) has been attracting massive footfalls. As the only representative from the Arab world at the event, SBA’s pavilion serves as the sole gateway for Latin American readers to acquaint themselves with Emirati and Arab literary culture. This is SBA’s tenth participation in FIL, the largest book fair in Latin America.

The Spanish translations of I Condemn, along with the other works by His Highness Sheikh Dr. Sultan bin Muhammad Al Qasimi, Member of the Supreme Council and Ruler of Sharjah have gained immense appeal, attracting readers as well as research scholars of history.

A delegation headed by HE Ahmed bin Rakkad Al Ameri, SBA Chairman, met with Marisol Schulz Manaut, General Director of FIL. The two parties discussed cultural cooperation including organising and launching cultural initiatives and events, and paving the way for partnerships in the creative industries.

The SBA delegation also met with Mexican and international publishers, discussing increasing their footprint in the Arab book market through participation at the Sharjah International Book Fair (SIBF). With SIBF growing into the world largest book fair in terms of volume of buying and selling of copyrights, global publishers look upon the fair as the gateway to the publishing markets in Asia and Africa.

The authority also showcased the vision and mission of the Sharjah Children’s Reading Festival (SCRF) and received overwhelming feedback from publishers who expressed their interest in participating in the annual event as well as the Sharjah Children’s Book Illustration Exhibition held on its sidelines. They also expressed interest in forging partnership deals with publishers in the Arab region, especially in translating young adults’ literature.

HE Ahmed bin Rakkad Al Ameri, Chairman SBA, said: “Our participation in the Guadalajara International Book Fair (FIL 2021) coincides with the celebrations of the UAE’s Golden Jubilee that documents 50 years of wonderful achievements and milestones, especially in the cultural field. Under the directives and leadership of His Highness Sheikh Dr. Sultan bin Muhammad Al Qasimi, Member of the Supreme Council and Ruler of Sharjah, who believes that books and culture serve as a bridge between nations, and the foundation for any successful cultural project, Sharjah has come to be acknowledged as one of the major cultural capitals in the world.”

He added: “Building knowledge and awareness-based communities is a journey that calls for expertise exchange and partnerships. SBA is always keen on participating in FIL due to the strong connection between Sharjah and Mexican cities that has yielded great results over the years, and is reflected in the huge turnout at the authority’s pavilion.”

The SBA pavilion is also highlighting the vision and strategy of the Sharjah International Literary Agency, SILA, the first-of-its-kind literary agency in the UAE and the region, which aims to facilitate communication between publishers, authors, translators and creatives, and streamline their operations in line with the established local and regional legal and professional frameworks, in addition to stimulating the Arabic publishing market, while also promoting Arabic literary and cultural content globally.

Mansour Al Hassani, Head of SBA Sales Department, said: “SILA is a part of SBA’s continuous efforts to promote creatives on the international publishing scene. FIL 2021 is an ideal platform to not only introduce SILA and its vision and mission to visitors, but also to invest in titles across various formats.”

SBA is also showcasing Spanish translations of a selection of works by Emirati and Arab authors at its pavilion. FIL 2021 runs from November 27 to December 5. 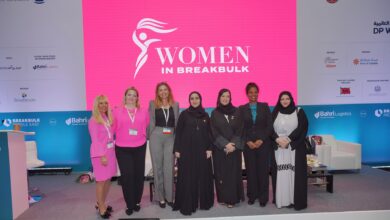 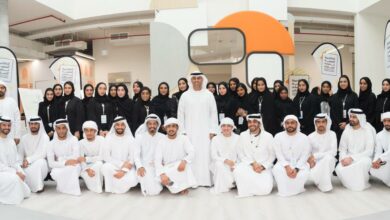