Determined to overcome the current challenges, SriLankan Airlines, the National Carrier of Sri Lanka and member of the oneworld alliance, has chalked out an ambitious plan aimed at regaining market momentum and gaining a greater slice of the Middle East travel market. This was announced by SriLankan Airlines’ CEO, Vipula Gunatilleka at the ongoing Arabian Travel Market (ATM) in Dubai

The airline’s strong presence at the largest international meeting of the travel trade in the region, despite the recent terror attacks on tourist sites in the capital, underlines its continuing commitment to providing top-flight service to the region. The airline’s determination to press on despite all setbacks drew the appreciation of visiting delegates and travel trade professionals at the show, reflecting as it did the spirit behind the UAE Ministry of Possibilities, which was recently launched to reaffirm the UAE’s forward-looking approach, with the determination to let nothing stand in the way

“The Middle East is among our most significant markets and we consider being here at ATM in Dubai very important, which is why we are here in strength despite the recent attacks in Colombo,” said Gunatilleka, while speaking to media representatives at ATM. “We are determined not to let these setbacks discourage us and we will bounce back in style. Going forward we will announce plans to enhance services to the region and improve our business class offerings as we aim for a bigger slice of the luxury travel market.”
Given that more than 2.5 million tourists from the Middle East made travel plans to the Emerald Isle in 2018 and with more than 5% originating from the GCC, SriLankan Airlines is currently evaluating how best to build on the 45 weekly flights it has to the region.
Future plans include transforming the airline into a major hub-and-spoke network operator with a streamlined and efficient hub in Colombo, servicing its own and alliance partner flights from and to Europe, Africa, the Middle East, Asia and Oceania. Already flying daily to Colombo from all the major cities in the GCC, SriLankan Airlines provides hassle-free, seamless connections to onward flights to South Asia, Southeast Asia, East Asia and Oceania on its all-Airbus fleet.
The airline envisages an increase in fleet numbers as it boosts services on lucrative routes and launches new routes in line with consumer demands and business opportunities. The airline is also in the process of installing premium economy seating across its widebody fleet and plans to add four new Airbus aircraft over the next five years to enhance passenger and freight carrying capacity, eventually building up to a fleet strength of 34 by 2025.
With inbound tourist numbers on the upswing, SriLankan Airlines will be hoping to gain maximum mileage with travel industry decision makers from across the wider region, most of whom will be attending Arabian Travel Market, the leading international trade event for travel and tourism industry in the Middle East and beyond

SriLankan Airlines today flies a 27-strong all Airbus fleet, which includes the state-of-the-art A330-300 and A320neo aircraft connecting to 100 destinations in 47 countries (including codeshare operations). Launched in 1979, Sri Lanka’s National Carrier is an award winning airline with a solid reputation for service, comfort, safety, reliability, and punctuality 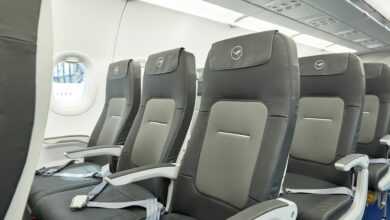 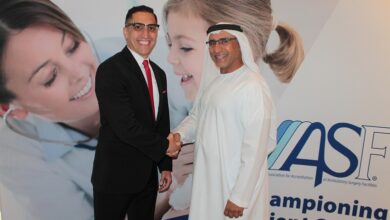 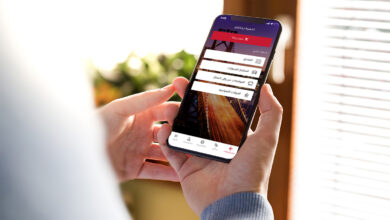