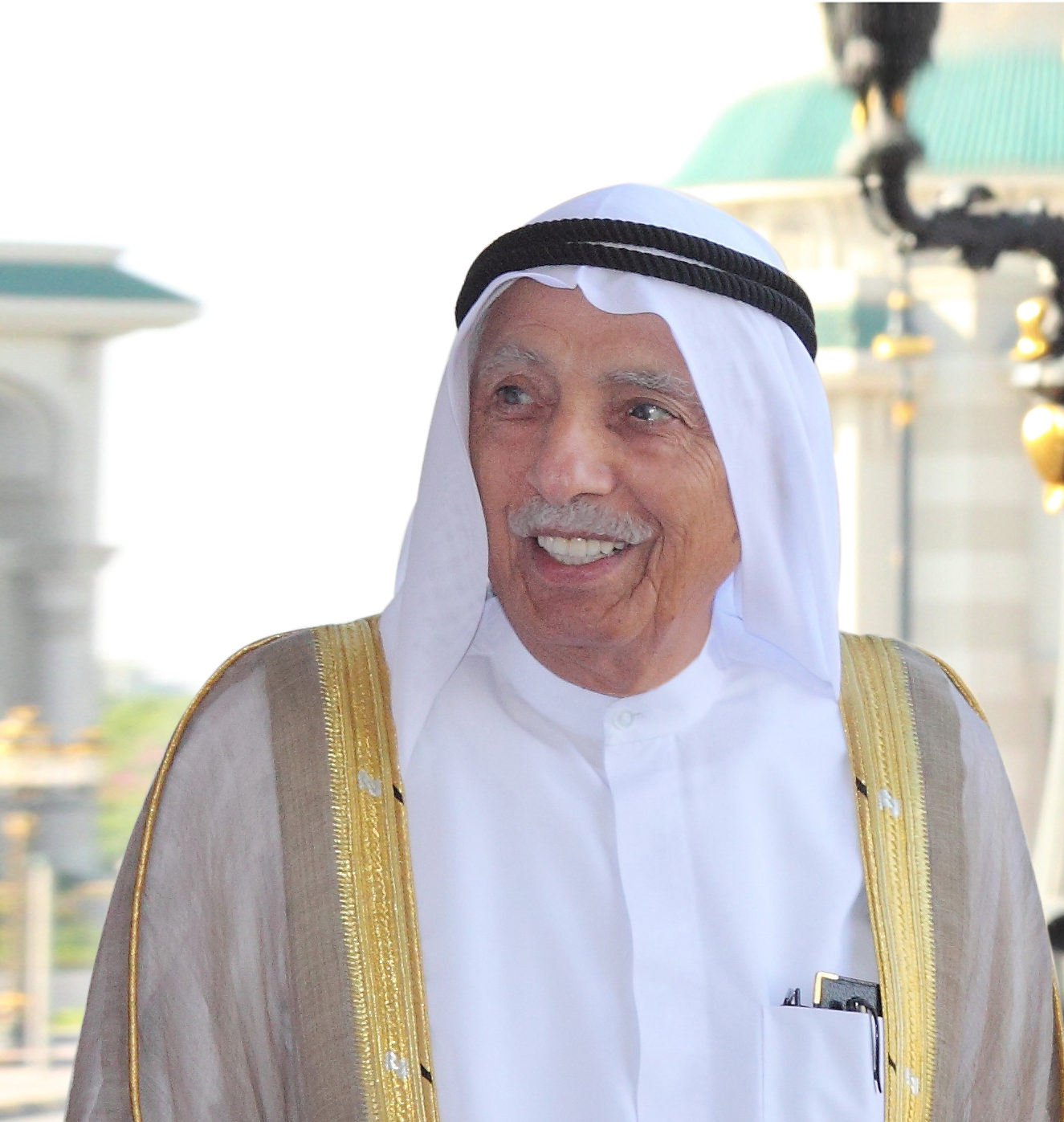 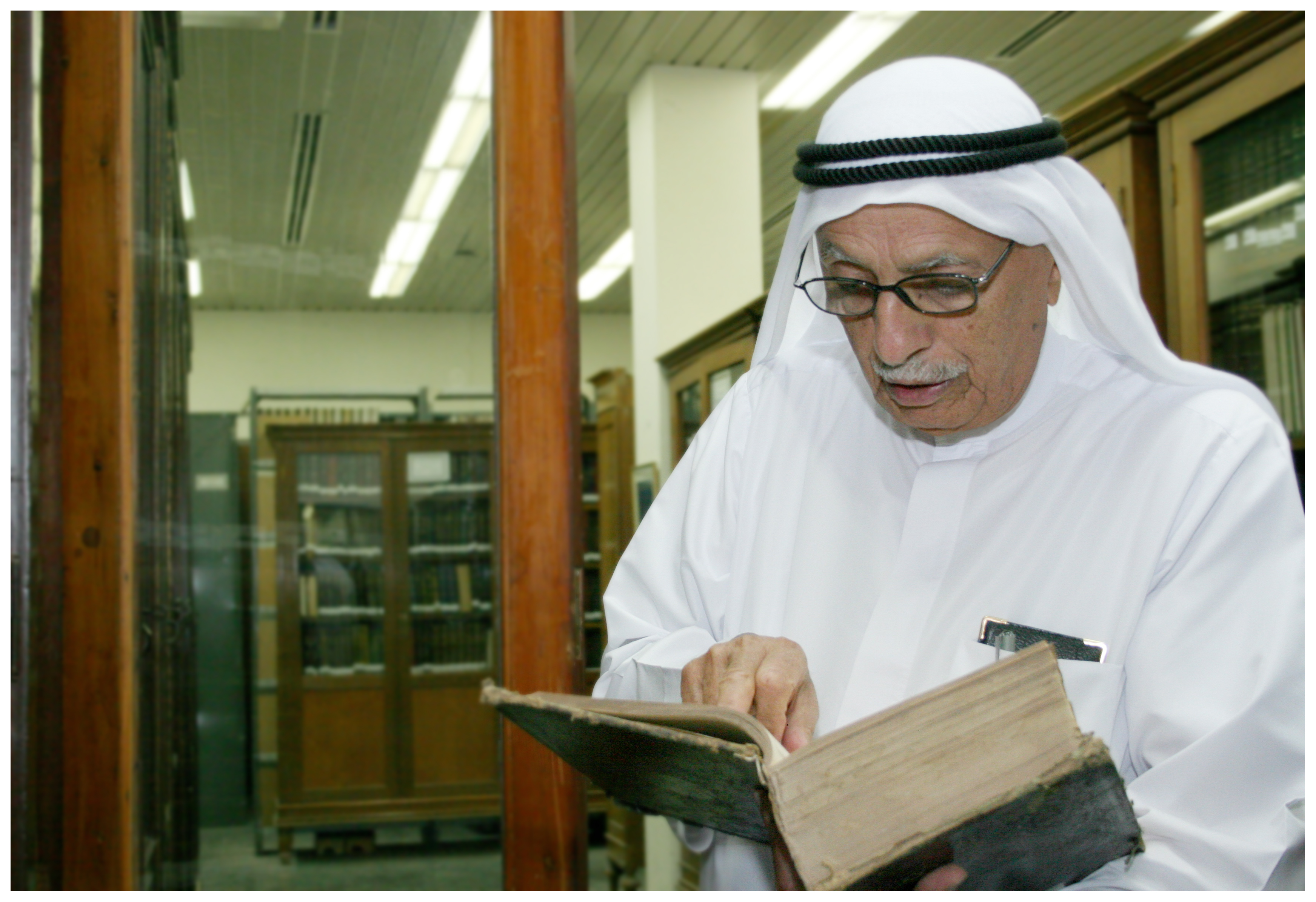 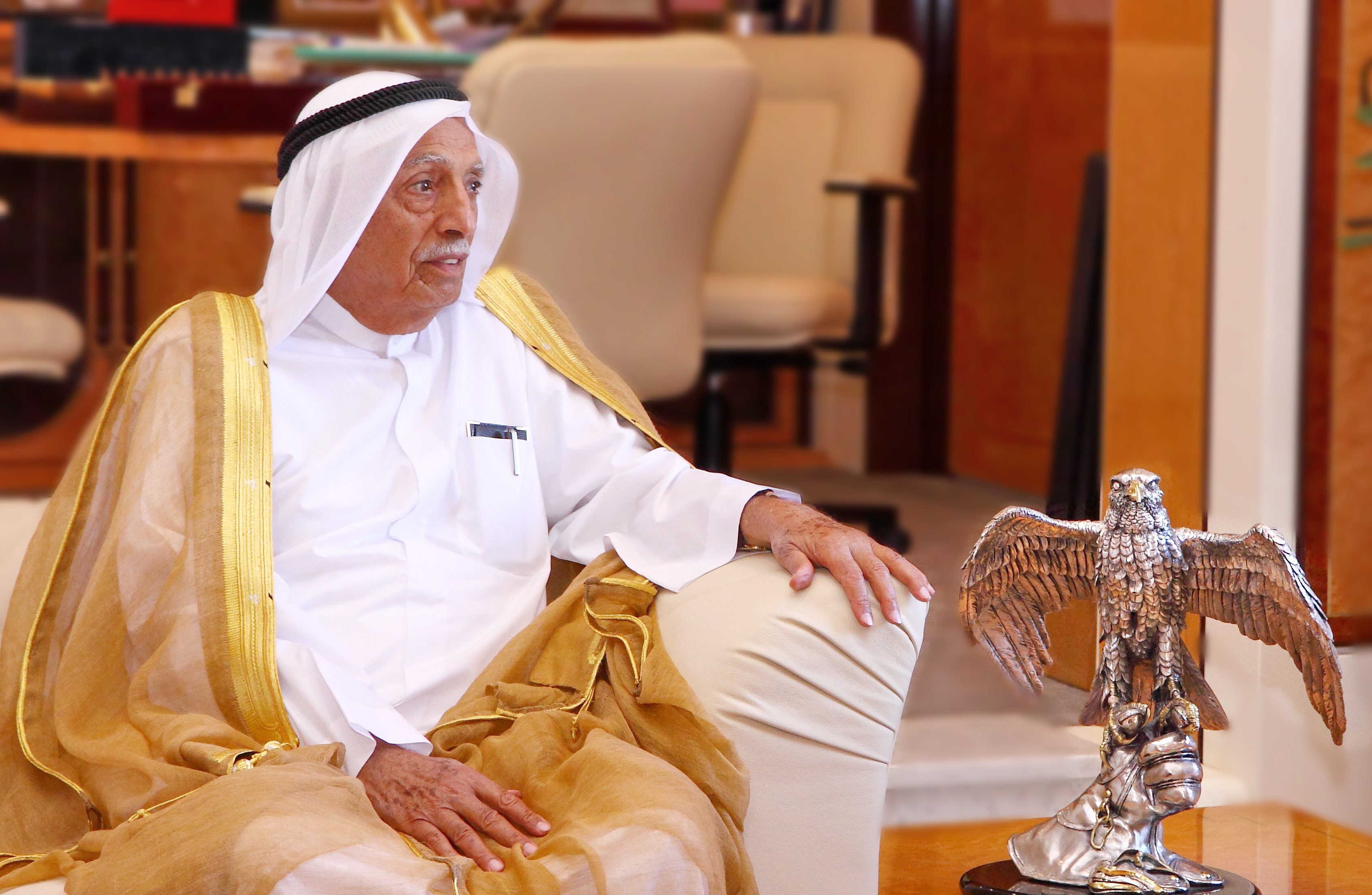 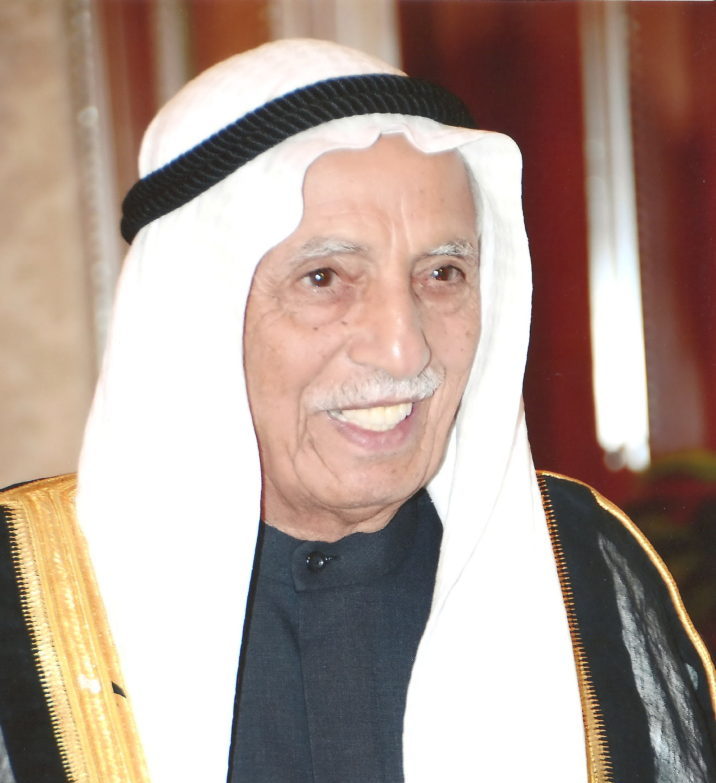 The Dubai International Holy Quran Award is pleased to announce the winner of the Islamic Personality of the Year 1440H / 2019, to be honoured at the concluding ceremony of DIHQA 23rd edition

We are pretty sure that this great man is up to your expectation, and will definitely win the audience satisfaction locally and abroad. This is mainly due to his great services and unlimited support to Emirati citizens and residents, and the Arab community in general

This Emirati dignitary was born in 1930 at Al Shindagha area, the capital of Dubai then. It was widely known for its beautiful and large houses where socially or commercially renowned families were staying. The Ruler himself used to stay there and manage the Emirate’s affairs

This noble man was born in a unique environment rich in social, marine and commercial aspects. Since his early childhood, he used to see and hear the sailors onboard their ships while heading or coming back from long diving trips. His father, a captain of one of those ships, used to take him in these diving trips though he was still seven years old. He used to spend the entire summer onboard his father’s ship where he took care of the sailors’ needs. He got the title of ‘Walid’ or ‘Newborn’ for that work. When he came back to town, he got enrolled in Quran and Arabic language classes at the Katateeb or Quran Study Centres where he memorized the Quran by heart and learnt some reading and writing skills

He joined Mr. Ahmed Al-Qanbari School and the Al Ahlia School owned by Hassan Mirza Al Sayegh. He first worked at his grandfather’s office where his supported and guided him alot, but he soon started his own business and opened a small shop. At that time, he met with the late Mr. Mohamed Abdullah Al Qaz who was a great help for him. Unable to resist his passion for charitable work, this generous philanthropist founded a local charity committee in collaboration with some friends. They managed to build and run two charity schools; one for boys in Bur Dubai and one for girls in Deira. He generously participated in the establishment of the Public Library in Dubai early in the 60s

The more this prominent character gave for charity, the more his business boomed. Early in the 60s, he and his colleague Mohammed Abdullah Al-Qaz founded the first charity association in the country which they named the ‘Arab Charity Association’ to help vulnerable families. They used to drop poor patients to the hospitals and return them home, and that was a great service at that time. He also established two private schools in support to the children of indigent families who could not afford tuition fees

Early in the 90s, he founded the College of Islamic and Arabic Studies which was offering education for free. He later launched Master and PhD programs for aspirant learners. He then founded Beit Al Khair Society to support poor Emirati nationals and cover their needs

The man, who had a lot of cultural interests, was a big fan of books, particularly old ones, since his early life. He established the first culture and heritage centre in Dubai which is one of the most important scientific and cultural heritage centres in the Arab world where he kept numerous rare heritage manuscripts and books. He used to purchase libraries from the heirs of their owners and keep them in the Center under the names of their original owners. His efforts to restore old manuscripts and the center services to researchers and scholars speak volume

This huge centre is truly a cultural and heritage pride for the UAE and the Arab world in general. Such unbelievable noble work and white hands have been willingly and kindly assumed via the relentless efforts, funding, attention and follow-up of one person. There is no doubt this great man of such charitable and cultural merits must have been well recognized and honored by so many parties

He did win the King Faisal Award, Al Ber Award from H.H Sheikha Fatima Bint Mubarak, a Certificate from Saint Petersburg University, Sharjah Award for Voluntary Work, Cultural Personality Award at Al Qurain Cultural Festival in Kuwait, Taryam Omran Award, and Sultan Al Owais Cultural Award. These awards reflect the greatness of this man who has perfectly shouldered so many responsibilities and held several positions in his country 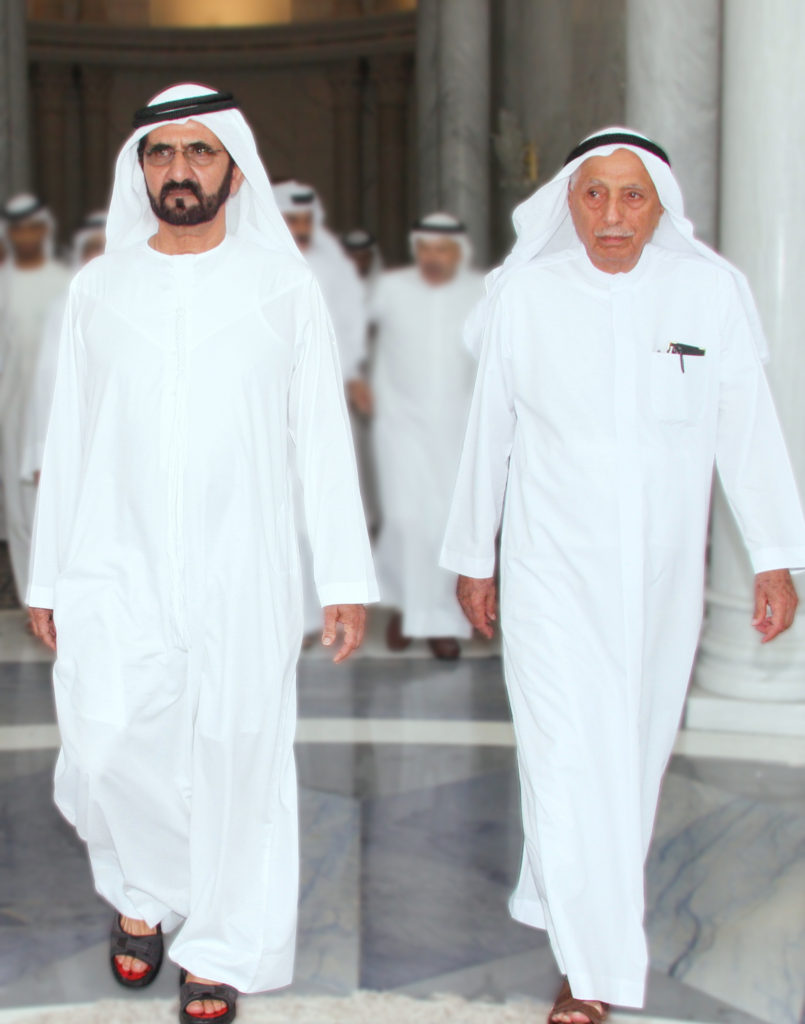 This great man is H.E Mr. Juma Al Majid who is one of the key figures in charitable, cultural and intellectual work across the UAE

Let’s congratulate Mr. Juma Al Majid on this new acknowledgment which has been hailed by His Highness Sheikh Mohammed bin Rashid Al Maktoum, Vice President and Prime Minister of the UAE and Ruler of Dubai

“Brother Juma Al Majid is one of the leading UAE traders and philanthropists who have been well aware of the importance of education. His generous support to education is recognized in the UAE as well as the Arab and Islamic worlds. He does deserve pride and honor.” 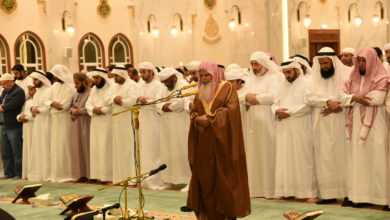 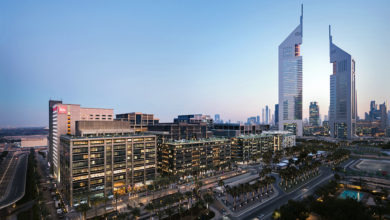